Avery Bloomberg is currently a Sophomore at the University of Pennsylvania. He is pursuing a Dual-Degree – a Bachelor of Science at The Wharton School for Business and a Bachelor of Arts at the College of Arts and Sciences for Music.

Avery is a multi-instrumentalist, teacher, composer, and producer from New York City. Pulling his roots from rock guitar, he is constantly experimenting with new sounds, combining elements of pop, jazz, and punk into his bending compositions. Since an early age, Avery has been inspired by guitarists such as Angus Young, Buckethead, and Eric Clapton; he began playing in bands with his classmates at an early age. After being accepted to Laguardia High School, he picked up the classical and electric cello and began to incorporate modern elements into his self produced tracks. He found a new love playing Bach and Tchaikovsky with the Laguardia orchestra, and continued to push his musical boundaries even further. Avery was accepted to the New Music Ensemble to work on his songwriting and live performances and has since collaborated with a network of skilled musicians. He is Emmy nominated as a music director for All Arts: Rising Stars 2021 Production.

After being accepted to The University of Pennsylvania, Avery shifted his attention to the music industry with a business lens. He has done extensive work as the A&R chair and board member for Penn Records, the only student-run record label on campus. He provides concert management for Penn-sponsored events, fraternities, and outside venues, as well as working on outreach and artist management, overseeing artist relations and helping musicians access production booking, and networking resources. In addition, he leads a team of volunteers to Comegys Elementary School in West Philadelphia every week. As a board member and site-director for the Penn Music Mentoring Program, Avery hopes to make music accessible to under-served students. Outside of his intensive business course load, Avery finds time to play cello in the Penn Symphony Orchestra and is the guitarist for his Philadelphia based rock band “Not Mister Purple.”

Avery is also the founder of AJJAMS, a business that provides private guitar lessons to kids across New York City. Having taught guitar for six years, he is very modern in his teaching style (in person as well as online) and inspires young musicians every day. When he is not teaching for profit, he volunteers his time at Opportunity Music Project, an organization that provides music education and resources to those who would otherwise not be able to afford it. He was the first founding member of the OMP ambassador which has since grown to over 30 professional musicians, including from Juilliard and Columbia, who work with OMP students year round. Additionally, he participates in the “sponsor a student program” and is the proud founder and producer of the annual talent show to fundraise for the organization – stay tuned for the 5th annual show this June 2023. Avery is honored to be a part of the OMP community and continues to spread his mission, fighting for widespread music education.

Additionally, Avery maximizes his summers to immerse himself in new business and musical environments. Avery spent this past summer as APG Asset Management, where he immersed himself in Private Equity and gained a broad business understanding. He has studied music production at Yale University, guitar and creative entrepreneurship at Brown University and Berklee Music, and had a truly rewarding virtual experience at NYU Tisch Clive Davis Recorded Music for High School Students during past summer. Prior to that, he studied guitar at Litchfield Jazz Camp and played drums in their R&B band. Avery has also interned at Supro/Pigtronix, a guitar, amp, and pedal manufacturer in New York and has worked on building his own perfect pedalboard at home. Avery hopes to continue immersing himself in the music industry and broadening his musical horizons. 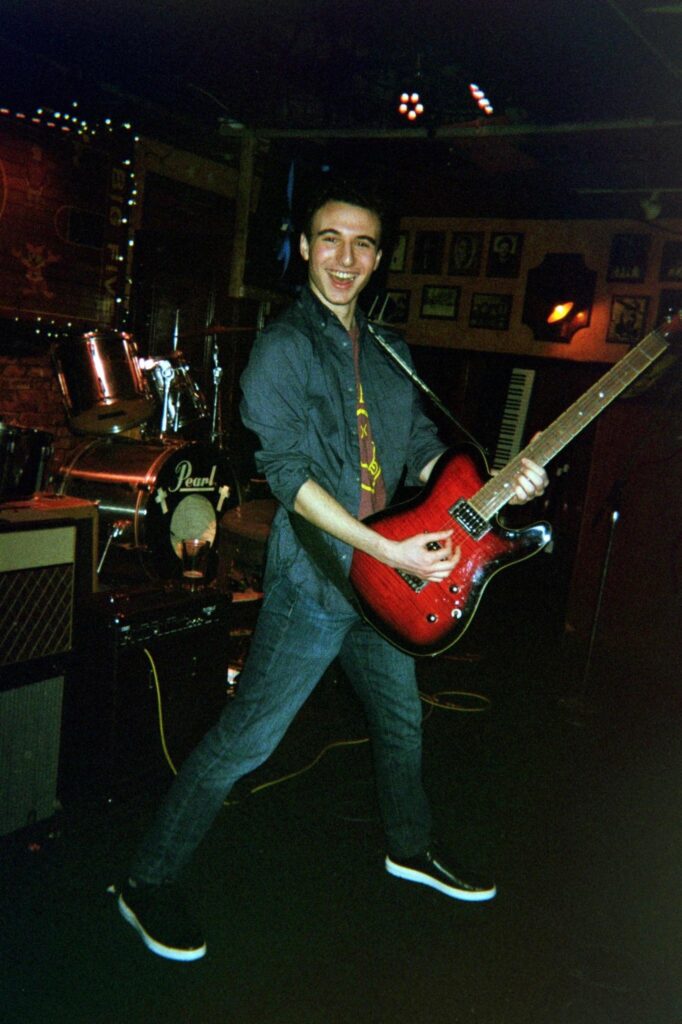